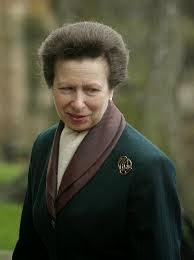 As HRH the Princess Royal once again enters the fray over the control of tuberculosis in badgers, and badgers in general, by recommending gassing, we revisit an earlier comment which she made. And more importantly, a leading 'scientist's' reaction to it.


"If anyone tells me there is no proven link between bovine TB and badgers, I will see them outside later"


The following day, members of the EFRA Committee - [link] were giving the ISG chairman, Professor John Bourne a light toasting and here is that gentleman's answer to Princess Anne's remark:


(Professor Bourne) Princess Anne is right but what Princess Anne did not answer is the question, okay, badgers are involved, but what the hell do you do about it? We do not know.

But as we have pointed out so many times before, the diminutive professor had already had his political instructions. - [link] .

Bourne was the leader of the RBCT, which started the 10 year prevarication trial with a political steer that no large scale culling of badgers would happen at the end of it. This is what he told the committee in 2007:


"Let us go back to 1999 when we started our work. It was made very clear to us by ministers of the day - and they have not refuted it since - that elimination of badgers over large tracts of countryside was not an option for future policy".

A horrified Geoffrey Cox, MP intervened "Is it not the function of science..." but the diminutive Prof. was in full spate. He was not to interrupted and continued:

Geoffrey Cox, MP then asked Bourne to clarify the report's findings and its conclusions in the light of his statement describing a political steer in what should have been a scientific exercise. Professor Bourne replied thus:


"We repeatedly say "culling, as conducted in the trial." It is important [that] we do say that. Those limitations were not imposed by ourselves. They were imposed by politicians."

So this eminent 'scientist' did know exactly what to 'do about it'. Prostitute his credentials following political whims and slam down hard on the cattle industry?

And this, dear readers is the basis on which the ill fated pilot culls were founded. Tied up in so much red tape by the government agency, Natural England - [link] that the more cynical amongst us would assume that they too were 'designed to fail'.

A quote first published in the Western morning News, on Natural England's pilot cull protocol from former NFU SW director Anthony Gibson - after he had read the Annexes:


"It is hard to say whether it is the cost of what is proposed, or the regulatory burden which it will involve, which evokes the greater degree of concern. But if you put one together with the other, it will be a very brave and very determined group of farmers which signs a "TB Management Agreement" with Natural England.


The bureaucracy associated with such agreements will be formidable, if anything like the measures proposed in the consultation are finally agreed. I don't have the space to go into any great detail, but you will find it all at www.defra.gov.uk/consult/2011/07/19/bovine-tb/ which should be required reading – including the annexes – for anyone planning to get involved. Unless these proposals are radically altered in the consultation process – particularly in terms of reducing the financial and other risks to participants – I find it hard to envisage a badger-culling licence ever being issued."

The cull protocols were not altered, radically or otherwise, two licences were issued and the inevitable conclusion was - they didn't work on many levels. They were never meant to.

So as the Princess Royal tells us to 'forget cattle' and concentrate on the damage badgers are doing to the ecology as a whole, and that they should be controlled preferably by underground euthanasia, we find ourselves at an impasse. Cutting through all the political guff, the Princess Royal is quite correct.
Like our contributors, she says it as it is.

But from the EU, via Defra and its agencies we have a shed load of punitive cattle measures, the likelihood of levies to fund future breakdowns and yet little or nothing on which to hang our collective hats concerning tuberculosis in wildlife.

So, a brick wall or an opportunity to change course? We'll discuss that in a later posting.
Posted by Matthew at 8:35 PM