You can lead a politician to information ....


This post is in direct response to the Secretary of State's reply in the House of Commons today, concerning the progress - or not - of PCR (Polymerase Chain Reaction) technology to identify infected badger setts.

From Roger Williams, Lib-Dem MP for Brecon and Radnor came the question:


I welcome the Secretary of State’s using all means at his disposal to control the disease. One of those is the polymerase chain reaction test, which will be able to identify infected live badgers and the setts in which they live. Will he ensure that all the available resources go into promoting that test, which could have a role in controlling bovine TB?

And the reply from Mr Paterson:


My hon. Friend is absolutely right to say that it would be a huge change if we could use PCR to analyse diseased badgers on the spot. That would change the whole debate and would be an enormous help in disease reduction. We have been working closely with the university of Warwick and are bringing in other agencies to see whether we can accelerate that work. Sadly, PCR is not yet reliable enough. If we can get a greater than 50% chance of identification, it will cause a sea change on this issue.

It may be prudent at this point to remind readers that Defra agency AHVLA are offering PCR screening - [link] as a commercial enterprise for m.avium paratuberculosis (Johnnes disease) And not to put too fine a point on it, at £27.05 + VAT for 5 pooled samples of s--t, as far as we are aware, no one is saying that the screening is less than accurate and a waste of money. (Page 15 of the pdf on the above link for the price and description)
Johnnes disease or  m.avium paratuberculosis and as m.bovis, are both members of the m.tuberculosis complex group of bacteria.

It may also be prudent to remind that same agency that they trousered a not inconsiderable sum of taxpayers' money in 2005 / 6 for screening farmland mammals for - m.bovis. What test did they use? PCR - [link] And the published paper had no addendum that it was not worthy of the dead trees on which it was written because the test was rubbish? How very odd.

The NHS  routinely use PCR to screen patients for m.bovis, and a privately funded study using samples from dead alpacas - [link] found that PCR was extremely accurate and very much in line with the post mortem results of the animal concerned. Importantly, there were no false positives.

So what would we have here? A badger sett with a red flag of 'scientific ID' that its occupants have given samples containing a Grade 3 zoonotic pathogen, the eradication of which this country is a signatory?

We can't possibly have that, Minister. Because if a group is so identified, but then (as now) left to infect other mammals and their owners, - [link] litigation is not just a possibility. It is a certainty. 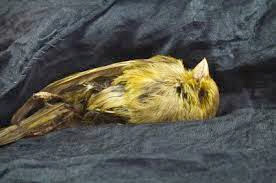 It's far easier to shoot the messenger. You know it makes sense.

EDIT: ( Updated ):
Identification is key to targeted culling of infected wildlife.
We are aware that the examples of PCR in use for m.bovis screens given above, are laboratory based.

Please, do not throw this baby out with its bath water.
If this technology is working on other samples, why not on the ones offered now?


We are also aware that in the alpaca PCR project, zTB had been confirmed by culture and /or postmortem and that samples obtained from these dead animals were carefully identified and protected from contamination.

How are any samples for badger sett PCR screens identified, and what is their source?
Is that source secure, unbiased and the samples 'uncontaminated'?
Are samples being collected on a regular basis, or is repeat screening carried out on a single sample?

All these factors may influence results of DNA type screening.

From epidemiological information gathered patiently over decades, it was found that infected badger groups are not constantly shedding m.bovis bacteria. Thus in a group of a dozen animals, all may have the disease but may not all be 'infectious' at the same time. Their tuberculous lesions wall up, and shedding from them is thus intermittent: thus faecal material collected over time, may give varying degrees of contamination when sampled..

In the latter stages of disease, PQs confirmed that a 'super excreter' badgers, with infectious tuberculous  lesions in several organs, will shed constantly in the months before it finally dies. These animals have been excluded by their peer groups, living alone and often close to farm buildings.
Posted by Matthew at 7:55 PM