There has been much twittering about vaccines and TB recently, as if it were something quite new.

After a consultation which ended in January, the EFRA committee are discussing it next week. On February 26th they will interview the European Commission and on the following day, members of the veterinary associations and the VMD (Veterinary Medicines Directorate) which is the body in charge of licensing.

When talking to the VMD it is hoped that the Honourable members have familiarised themselves with the various levels of license on offer. In particular that awarded to badger BCG which holds a LMA (Limited Marketing Authority) license, in that while it does no harm to pre screened badgers, no data on efficacy was presented.

BCG was developed over 100 years ago and at that time was also used sporadically on cattle. We are grateful for a copy of a Holstein magazine tracking the development of this dairy breed in the United States. A passage from the 1964 issue which describes the use of BCG in cattle, starts with the description of a sale in 1917 of a very prestigious herd and a bull called King of The Pontiacs. The daughters of this bull sold well, averaging $1,240 but the twelve year old bull was lame with a baffling foot problem.
However a couple of days before the sale he was photographed serving a cow, and presented for sale with the following information.

"That he had never been tuberculin tested, but as a young bull he and few heifers had been vaccinated against tuberculosis 'as an experiment,"
The owner, Ward Stevens said of the bull to the assembled crowd:

Such was the convincing and straightforward manner in which the bull's owner presented him, that the old bull sold for $10,500, and later changed hands for $15,000. As a young bull, he would have been vaccinated around 1911.

BCG for cattle was not pursued as it had little effect, and worldwide it was felt that test and slaughter was the safer route to protect human health. In many countries that method has completely cleared herds of bTB.

Of course the exception to this success, being where a wildlife reservoir is left to upspill, in which case Defra, check your progress 1986 - 2012 in this posting, and hang your heads in shame.
Posted by Matthew at 5:12 PM No comments:

This was the blunt message from Tonio Borg, of the European Commission to Secretary of State, Owen Paterson, MP in a letter published this week. As well as detailing more clamp downs on holdings under restriction, and vaccination of cattle a distant pipedream, the letter reminded Mr. Paterson that:


"In the past four years the Commission has allocated considerable funds to support the UK bTB programmes (EUR 116,3 Mio in total). We therefore expect significant improvements in the epidemiological situation in 2013 that show efficient use of Union funds. This is absolutely necessary in view of a further renewal of the EU financial support to this programme." 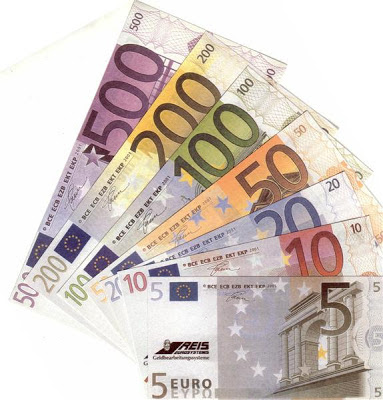 The bulk of this European Union cash (or our own money recycled?) has melted away; hoovered up in a 30 per cent increase in testing. This arises from the doubling up of tests as required by the EU, so if cattle were the source, one could have assumed that the bTB problem would have been nailed by now?

Except that like so many other 'good ideas', the continuing testing and slaughter of sentinel cattle (and now sheep, goats, pigs, alpacas, bison and deer) is a total and obscene waste of time and money, if a wildlife reservoir is left to fester.

Better men have tried it and failed in the past.

And don't get us started on the cost of  badger vaccination.  An article in Farmers Guardian cites a spend of £943,000 to vaccinate 1400 badgers. That's £673.57 per jab - if our calculator's battery is fully charged. Forward costings in models proposing badger vaccination average £2500 per sq / km. And please do note that unlike the FERA trials of 2008/ 2010, this crazy paradigm underway in Wales, is aimed at a population of unknown size, badgers of unknown disease status and using a vaccine which holds no license for efficacy. Pretty smart?

And before the Badger Trust launch into print with a headline citing a 'reduction' of dead Welsh cattle for 2012, remember dear readers, that the full year's figures have yet to be published.
Posted by Matthew at 7:19 PM No comments: