..shame about the cow.

We have been less than supportive of the over generous cattle measures introduced, steered, pushed through - call it what you may - at the behest of his political masters anyway, by the chairman of the AHWB (Animal Health and Welfare Board) Michael Seals.

So given his location, it with no great surprise that we learn from Farmers Weekly - [link] that the small pedigree herd belonging to the illustrious gentleman, no doubt doubly bio-secured, insured and protected, has revealed a reactor.
Mr Seals said of the moment its death sentence was passed:


It was quite an emotional moment. This was a home-bred animal, born here in 2010. It was immensely frustrating because we knew the cow very well as an individual.

And the rest of us do not have 'emotional moments' as good cattle are consigned to the scrap heap?


"However, I was very surprised at the amount of paperwork that followed. I think we could consolidate that."

Whaaaaat? So the chairman of the AHWB has no idea of the shed loads of paper emitting from Defra's various offices, when a reactor is found? You don't say.
That's rich when he's just launched another load - [link] on us.

We examined more of the measures dreamed up by the quango chaired by Mr. Seals in this posting - [link]

So although we are sad for his South Devon cow, her calf at foot, and the calf she was no doubt carrying, we trust that Mr. Seals took his own advice and obtained TB insurance for just this event?
And we assume that unlike the rest of the hoi polloi, he may get a renewal of that insurance, after this breakdown? After all, he seems to think that we can all do that.

He explained that he:


".. now faces an anxious wait until the next scheduled TB test in May."

Edit:
In an update to this posting, Farmers Guardian reports that the herd of NFU deputy president, Minette Batters - [link] is also under a TB2 restriction, and awaiting further tests in May.

So these two high profile people, both involved with TB eradication in this country, now have herd restrictions imposed, thus joining the 11.3 per cent of GB herds in that position during the last three years.

And just to remind readers, to trade as a TB free, the international standard for that status is reached when 99.8% of domestic cattle and deer herds have been free of bovine TB for three years. This figure has been set by the Office Internationale Epizooties (OIE) and in the absence of a wildlife reservoir, many countries have achieved it.

With constant cattle testing, but an ignored and protected wildlife reservoir, as our appalling TB incidence  shows, GB needs to move the decimal point several places to the left.
Posted by Matthew at 8:22 PM No comments:

Cows that may squeak.

Just when you think you've heard it all - something pops up which reminds you that really, you must get out more.

This time it's milk; sold as healthy and free range from happy cows grazing green pastures. That is the advertiser's dream and the consumer's hope. 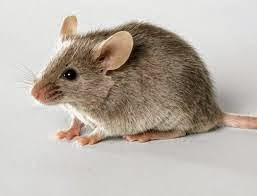 So waddya find in the press this week? GM cows with added mouse genes - [link] which, the Chinese developers say, may make them a tad more resistant to TB.

So what else may you get? Long muscular tails? whiskers? Ten offspring in a litter? Squeaks not moos? And sharp gnawing teeth?

Who knows. The driver of this is cash.


And methinks, we may need some very large mouse traps.

Posted by Matthew at 8:10 PM No comments: