On March 16th., Budget Day for HM Government,  Defra released its 2015 figures for zTB casualties, and as we predicted in this posting -[link] the numbers of cattle slaughtered are some 32 per cent higher than were forecast.

Farmers Guardian has some nuggets - [link] from the annual tally; but as  Defra have offered their EU paymasters 27,440 dead cattle and a downward trend in disease in 2015, that particular budget is well and truly blown..

Wales reports a staggering 27 per cent increase in slaughtered reactors over 2014, and is said to be considering some drastic measures [ link] including reducing to not a lot, compensation for reactors purchased under license. England's increase over 2014 is 6 per cent, with the SW reporting arguably their worst year on record. And the areas allegedly acting as buffers, Defr'a  Edge, are bubbling nicely.
Thus despite a decade of cattle measures and their associated modeled predictions of reduction in disease incidence, nothing was achieved.

It is said that a definition of insanity, is repeating the same action - [link] but expecting different results.
But that is precisely what Defra's mandarins have done by bearing down on cattle with small token culls of grossly infected  badgers in a very few, small areas.

And we have no doubt that some more imaginative schemes to save money, such as dreamt up by the Welsh Assembly government, will surface as Defra's budget is blown apart . 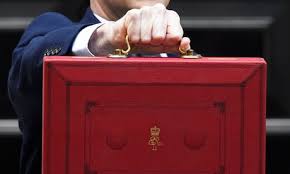 Posted by Matthew at 7:59 AM No comments:

For years now we have had to endure anthropomorphic fluff from the nation's premier broadcasting company, (at least in its own eyes) when it comes to badgers. But is the tide turning?

Shown on BBC 2 and hidden amongst a programme dealing with Country Life magazine, was a harrowing piece on TB testing, reading and finally loading for slaughter, some home bred dairy cattle. For the next couple of weeks, the programme can be viewed on iPlayer - [link]

Maurice Durbin, the farmer, his staff and their vet all came across as caring and deeply upset by the effect of zTB on this lovely herd. The story was reported in the local press - [link] but the programme then prompted an outraged flurry from the Badgerists, in the form of a letter to the Director General of the BBC, accusing it of 'bias'. On that we can make no printable comment.

The editor of Country Life, Mark Hedges, who gave an excellent overview of the situation which many livestock farmers now find themselves in, at the end of the programme, also gave an opinion statement to The Times.

Under the strap line "BBC must not give in to bullying by the Badger Trust", the article begins with criticism of the 'grip that pop star Brian May and his Badger Trust, has on the media and the dairy-farming industry'.
Mr. Hedges explains:


"One section of the programme, which is based around the magazine I edit, showed the distressing reality of life on a West Country farm that has been shut down for most of the last six years due to bovine TB. It seemed to open the eyes of viewers, an overwhelming number of whom have demonstrated sympathy for the farmer and his family, but the trust didn’t like it one bit and has complained to the BBC about impartiality."


The programme has certainly got everyone talking about an aspect of the bovine TB tragedy that is rarely seen. The tension was palpable as we watched Maurice Durbin’s pedigree Guernsey herd, which he inherited from his father, being tested for TB. “Poor old girl, she’s got to have a little trip,” he said, bottom lip trembling, as another cow was sent to be slaughtered.

This happened to some 36,000 cows, many in calf, in the UK last year, although you won’t find protesters outside farm gates complaining about the cows’ fate. Instead, they’re too busy harassing the farming communities where Defra’s pilot badger culls have been taking place. Mr. Hedges resumes his story:


"As I said on television, the cull has not been perfect in its execution, but there is evidence that farms in Somerset are now free of TB for the first time in years. Science should be allowed to take its course. Although measures can be taken to prevent badgers getting into farmyards, little else can be done to prevent them infecting cattle in the fields."

And Mr. Hedges has certainly got the point that:


"Britain’s dairy industry is on the brink of disaster because of decades of government dilly-dallying and a one-sided view of the badger. However charming a creature it may be, its inexorable population growth has been at the expense of the hedgehog, ground-nesting birds and bumblebees.


There are always two sides to a story, and we are proud that we have enabled the farmer’s story to be told at last. A single-issue group should not be allowed to bully the BBC for doing that."

There is only one point we would make on this programme or Mr. Hedge's article, ( apart from sending our thanks and best wishes to Mr. Durbin and his family, Mr. Hedges and Country Life magazine) and that is zoonotic Tuberculosis is not a disease which affects only 'dairy cattle' .

It is a grade 3 pathogen and affects any mammal, and thus should not be allowed to rampage through our badger population at all.
Mr. Durbin's story can also be read in Country Life - [link]
Posted by Matthew at 7:03 PM No comments: