Parts of Exeter near the estuary have flooded badly in the last few years, so a £32m scheme is being undertaken to protect the city, homes and railway links.

A badger sett was / is in the way, so a new ancestral home was built at great expense, but these Newcastle supporters don't approve of the decor and have returned to their old stomping grounds, which from one report, just happens to be the new flood embankment.

But this isn't the first time badgers have destroyed waterway infrastructure. We reported in 2004, how the Llangollen Canal in North Wales was was drained - [link] flooding nearby farmland and stranding narrow boats. The cost of repairs then, not to mention the the disruption, was said to be £500,000.

Fourteen years on, and the cost of Exeter's new flood defences are put at £32 million. They may or may not survive a watery onslaught, but will they survive the tunneling associated with badger house building?
Posted by Matthew at 9:45 PM No comments:

Yesterday saw another High Court challenge to culling badgers launched. The Independent - [link] headlined the story  and it was picked up by other media - [link] later in the day.
From the Independent:


"Cull opponents will accuse government ministers and officials of “incompetence, negligence and deceit” in drawing up their plans and extending the “growing series of brutal, bloody countryside purges”.

The challenge is headed by Badger Trust member and ecologist Tom Langton, who believes officials acted unlawfully. He challenges two aspects of the cull policy.


The first is over the way in which Natural England, the government body in charge of protecting wildlife, did its homework before issuing licences to shoot badgers. Mr Langton and the trust claim its habitats regulations assessments, including judging the effect on protected species such as hen harriers, were flawed.


The second challenge is over a consultation in 2016-17 and the decision last summer by Department of Environment officials to grant more culling licences in parts of Gloucestershire and Somerset for a further five years. The cull opponents say the officials wrongly interpreted the conclusions of randomised culling trials.

Presumably publication of the latest more targeted culling permissions - [link] in the original pilot cull areas, and published on July 6th. is what has provoked this latest whine.


So even with the outrageous -[link] and proud boasts of former un-civil servant, Andrew Wood, in charge of Natural England at the time of both the badger dispersal trial RBCT and pilot culls in Gloucestershire and Somerset, this miserable cavalcade moves on.

In fact now this duplicitous man is involved with both the Badger Trust and The League Against Cruel Sports, he may still be pulling the strings of his former employees.

It does seem a tad of a co incidence that Wood should publish his outbursts and Langton launch a High Court challenge to a lawful mop up of disease (abandoned by Defra) which has been paid for and operated under license by farmers for six years, all in the same week.

While the articles airing this story are populated by photographs of healthy badgers, shiny and fat, the Badger Trust supporters do not see what cattle farmers see around their fields, farms and lanes which is very different. These often appear as harbingers of a cattle breakdown.

Excluded by their peer groups, emaciated, showing suppurating bite wounds and often starving to death, sharing the bacteria they carry with any mammal unfortunate enough to sniff it or consume it, below are some examples of the Badger Trust's successes.

They should be proud of themselves. 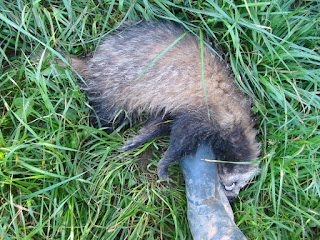 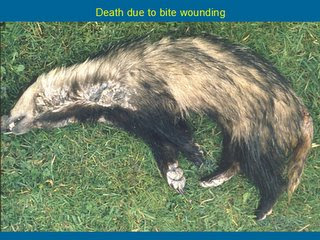 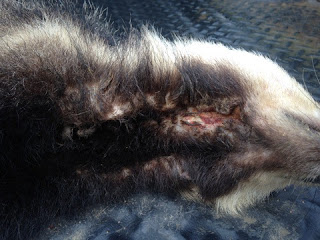 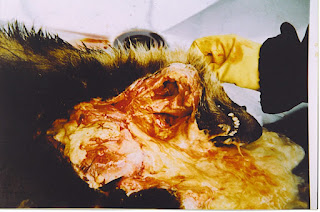 Posted by Matthew at 8:07 AM No comments: 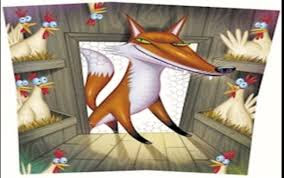 If you ever wondered just why any control of the maintenance reservoir of zoonotic Tuberculosis in GB was kicked into the long grass, look no further than the League Against Cruel sports latest blog - [link] which features the disgraceful mutterings of former Defra fox, Andrew Wood. - [link]

We commented in 2011, on the extraordinary link up between AHVLA, a body with responsibility for controlling zoonotic diseases, and this quango, known as 'Natural England - [link] who seemed to be doing all in its power to prevent this.

Andrew Wood also over saw the notorious badger dispersal trial RBCT, on which he draws for 'evidence' of a badger cull not working. Perhaps he should have paid more attention to the whitterings of its arch wizard, the duplicitous John Bourne - [link] who openly boasted of his trial's predetermined conclusion to the EFRA Committee.

Of his time at Natural England, Wood boasts thus:


That seems an apt analogy for my time working for Natural England when the badger cull was initially rolled out. I wanted to stop it, and I tried to stop it – but I was a civil servant, not a government minister, and I didn’t have the power. When I knew I couldn’t stop it, I did what I could to save as many lives as possible, and I’m confident that I did that.

So, Andrew Wood and his cohorts at Natural England took a decision that culling was ineffective, the problem was cattle, and then did all they could to frustrate any attempt to sort out the problem of zoonotic tuberculosis in badgers?

Yes, they did, and are proud of their achievements. Wood's diatribe continues:


So, do I regret my involvement in the early stages of this obnoxious policy? My firm belief is that without my engagement and that of others in Natural England, the policy would have been rolled out more quickly and with even less regard being paid to the evidence. More badgers would have died. There would have been no pilots and culling would have begun over much bigger parts of the country much sooner. The Government may even have resorted to gassing badgers. I am glad that I did what I could to prevent this.


Since leaving Natural England I offered support and advice to Brian May in his legal challenge to the policy in 2015. The challenge didn’t work, but we must not stop in our bid to halt this hideous slaughter of a beautiful, British animal.

So, no matter how many cattle are slaughtered, and how many alpacas, sheep, pigs and companion animals die, badgers rotting with tuberculosis must be protected?

During this man's tenure of Natural England, (2007 - 2015) almost a third of a million - 313,000 cattle were slaughtered as reactors to zoonotic tuberculosis. And as numbers continue to rise in counties not licensed to cull, GB is in serious danger of losing its ability to trade - [link]

And we have no doubts that Andrew Wood left some 'cubs' behind when he vacated the particular hen house known as 'Natural England'.. 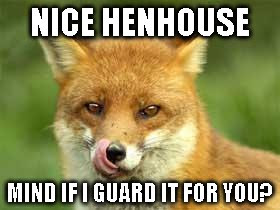 Those who pretend to be your friends, are most often your enemies. And anyone who protects the bacteria which causes 'zoonotic tuberculosis' is no friend of any mammal, especially badgers..
Posted by Matthew at 9:24 PM No comments: