It's all in the Genes.

When people talk about zoonotic tuberculosis in terms of cattle v badger and who gives what to whom, they parade their ignorance of work done over decades on the genome of m.bovis, the bacterium which when inhaled or ingested in colony forming units (cfu) or clusters of bacteria, may go on to cause full blown disease.

On its way through hosts, m.bovis loses part of its unique genetic code.

In this posting we bring together three papers which we've mentioned in isolation before, but not as a progression of thought.

According to a 2002 paper by Brosch et al - [link]  M.bovis appeared after a bottle neck about 15 - 20,000 years ago and developed separately from ancestral m.tuberculosis. Brosch  observed that it and other strains, had developed from a common ancestral strain which then split. Each time the genome altered, there was a deletion in the sequence.


..the results from this study unambiguously show that M. bovis has undergone numerous deletions relative to M. tuberculosis. This finding is confirmed by the preliminary analysis of the near complete genome sequence of M. bovis AF2122/97, a classical M. bovis strain isolated from cattle, which revealed no new gene clusters that were confined specifically to M. bovis.

So successful was m.bovis that Brosch postulates:


These deletions seem to have occurred in the progenitor of tubercle bacilli that — today — show natural host spectra as diverse as humans in Africa, voles on the Orkney Isles (UK), seals in Argentina, goats in Spain, and badgers in the UK.

Please note, these are ' natural hosts' maintaining the disease and its genome, not spill over.

Following on from Brosch in 2006, our own Professor Noel Smith ran similar DNA screens - [link] and concluded that these deletions did not cross barriers as they migrated to other hosts. They 'nested' in the host they had chosen.

And the spoligotype maps produced by Prof. Smith's team show that. They illustrate the Regional Accents [link] of the bacterium known as m.bovis.

And now we come to a simplified explanation of this work by Defra Chief Scientist, -[link] Professor Ian Boyd, who wrote in his blog in 2013 that following this clonal deletion process, the predominant cattle strain of m.bovis AN5 has now disappeared, replaced by the strain SBO 140 found predominantly in ... badgers. Professor Boyd then concludes:


"We have found through our testing that the original strain, AN5, has been successfully eliminated from English cows. It is interesting that while this strain has died out, SB0140 has survived and flourished. This leads me to an intriguing hypothesis; is SB0140 specifically adapted to survive and thrive in badgers?"

So the GB eradication process begun in the 1950s and 60s was very successful, eliminating the cattle strain of m.bovis completely.

And what we have now is badger adapted TB up spilling into - anything it touches.

So it is pretty crass to find populist vet, Dick Sibley tweeting that his work on phage testing and the undiscovered reservoir of m.bovis in our cattle (or one herd of cattle) is the result of his wanting to protect badgers from cattle tb.   The genome sequence of which, disappeared several decades ago. 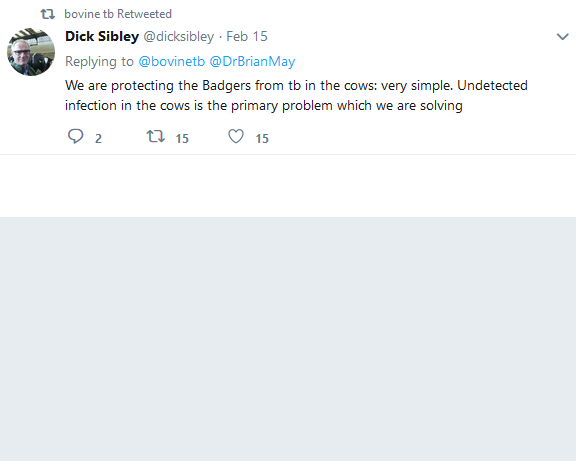 Posted by Matthew at 5:17 PM No comments: 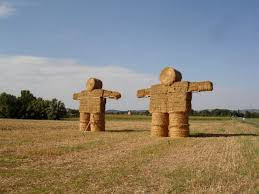 When people have little to add to a debate, they often stand up a 'straw man' and then spend a huge amount of time and oxygen knocking him down. And so it is with the eradication of this insidious disease, which we call bovine TB - or more accurately, zoonotic Tuberculosis.

It is fourteen long years since we asked our 500 Parliamentary questions of the then Minister of a Labour administration. Most of the answers were logged on the site, in 2004.

The crucial one was efficacy of the intradermal skin test, used as a herd test, and how effective it was at clearing TB from cattle herds. The answer was given in this list - Column 540 [150492] [link]


"All countries that have either eradicated, or have a programme to control, bovine tuberculosis use one or more forms of the skin test. The Government have close links with a number of countries in various stages of eradication and exchanges information and experiences on the use of the tests in the context of these programmes."

So why has the straw man of how rubbish the skin test is, been allowed to gain traction?

The answer to that is money [link] Plain and simple. Research is followed by the begging bowl for more research. Why? Those PQs in 2003/4 told us all that Defra already knew about how infectious badgers were, how they were an ideal maintenance reservoir of this zoonotic disease, and how they passed the bacteria between themselves and on to cattle and other mammals. We explored how much bacteria was excreted by these creatures and how little it took to infect a cow. How long m.bovis survived under various conditions, and what killed it. At one point we were accused of backing the badger lobby, when our PQs explored how much badgers suffered from this disease.

We back the eradication of a Grade 3 zoonotic pathogen, nothing else.

Nothing has changed, except that after twenty years of ultimate protection, there are now many more badgers and hundreds more infected / infectious ones spreading a lethal load into the environment.

But still those straw men keep coming. The latest being Cath Rees's Phage test - [link] turned down for use in human pulmonary tuberculosis, its use is being proposed for our cattle. No matter that phage screening is not, and never has been used as a diagnostic test. The research has been done, and now must be sold to recoup laboratory costs. Ker-ching.

And then there is politics. And an election looming, with an opposition determined to hug fluffy things and pander to minority groups - at any cost. That's Corbyn, but the echo chamber that is Michael Gove is looking to his next job, and holding hands with a super-annuated rock star, for inspiration. - [link]

So once again we'll end this posting with another PQ which explained why the Thornbury badger clearance had been so successful.


Here is the result, compared with other less successful badger culls. Especially that charade with passed for 'science' a decade ago, where 8 nights of culling with cage traps, splintered an infectious population and then the operators walked away. 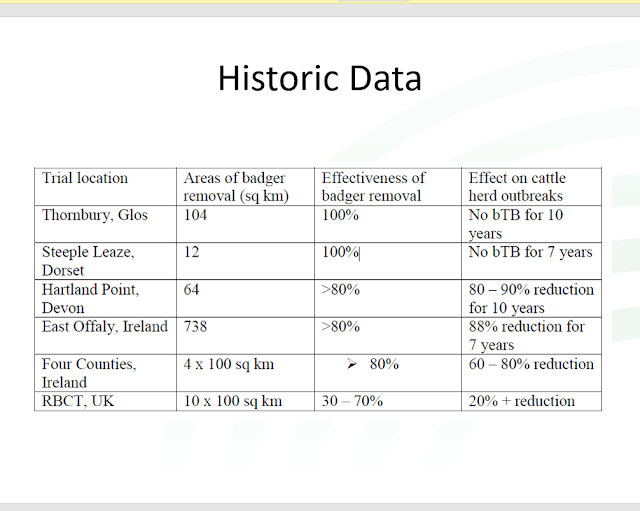 So while Brian May quotes John Bourne's well edited Final Report, he would do better to read that odious little man's evidence to EFRAcom in 2007, where he boasted that at the end of his trial, culling badgers was not to be part of the solution.
And those were his instructions at the beginning. -[link]

Stick to the basics, keep it simple. Everything else is just so many straw men.
Posted by Matthew at 7:28 PM No comments: