Natural England / Defra - How to kill a cull?

It is now 15 years since those 500 Parliamentary Questions lobbed at the then Secretary of State for DEFRA were collated and their answers posted to form the basis for this site.

It is much longer than that since our co editors and contributors, farmers and vets took a keen interest in the UK's Governmental inaction on their statutory responsibility to eradicate a Grade zoonotic pathogen from its wildlife maintenance reservoir in an ever expanding population of Eurasian badgers.

We've seen history - [link] repeat itself in ever more stringent cattle controls, while infected, over protected wildlife are left to die in our fields, spreading their deadly load as the totter along to that great sett in the sky.

A sort of badger cull, based on a very shaky premise began in 2013: it was run by farmers, funded by farmers and overseen by the most unhelpful agency - [link] Defra could ever have appointed. It struggled in the face of media antagonism, criminal damage and personal harassment, all totally ignored by the desk jockeys in a London centric Defra.

No-one mentioned the zoonotic pathogen itself and the battleground was drawn: badgers v. cattle.

Farmers were on their own, trying to reverse thirty years - [link] of government inaction.

Roll forward to this spring, our fifteenth anniversary. And Tony Juniper - [link] described as an 'eco-warrier', a new face at unNatural England lost no time in revoking licences - [link] for corvid control.

This at a critical time for farmers lambing their sheep, arable crops being planted to feed us all and smaller, less high profile bird species nesting. Poster boy - [link] Chris Packham received an OBE.

But hard on the heels of that debacle comes a second challenge to licensing by the same crew, and that is to once again tweak badger cull license conditions. Having given way on this one once, with the use of the most unspecific blood test - [link] for zTB ever dreamt up, dependent not on veterinary expertise, but a signature scribbled on a contract two years ago, the NFU are scrabbling to accommodate this latest onslaught.


When the cull companies were set up, this was certainly not a requirement.


They have not recorded this data and they do not have access to every person controlling foxes in the area.


You could be in a situation where you have to go to 100 or more farmers to try to find out the level of fox control on each farm.


To do it in any single year is hard, but to try to backdate the information is even harder.

That is missing the point, Tom. Those contracts had two party signatories: they were a legally binding document and one side has retrospectively set about tweaking those conditions.

We came across this with the addition of gamma interferon, (see above) however ridiculous that was, and with no veterinary oversight to the farm situation. It faced no challenge and a precedent was set.

Because of these fiascoes, there is talk of farmers not signing up to new cull areas and with retrospective demands, now withdrawing from culls already begun. So having opposed badger culling in the face of disease since 1997, Defra and its love affair with celebrity lobby cash have discovered another way to trash their responsibilities.

After a month of inaction, the corvid row is still rumbling in the bowels of unNatural England, with only three species offered specific individual complicated licenses and a deafening silence on the rest.
And now as Defra leave the cull companies hung out to dry, this latest fiasco further destroys any semblance of trust or co operation with the Ministry known as the Destruction of  Department for Environment, Food and Rural Affairs or its agencies.

So sadly, this site will now shut up shop and stop posting. Fifteen years is enough. We've tried to open up discussions and offer insights into past success and past failures in TB control world wide.
We also supported targeted culling of diseased badgers, playing no small part in a £1m grant to develop tools to do just that. We failed.

To our contributors we say, our grateful thanks and to our readers, the best of luck. 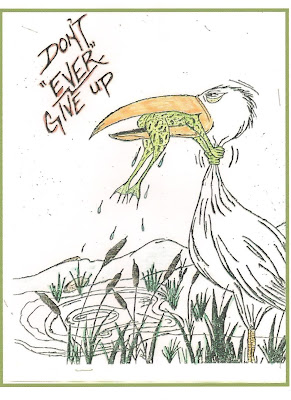