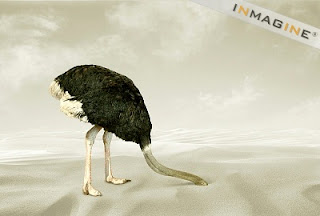 A new website has started up, to 'Rethink TB. Using some pretty spurious quotes on the efficacy of the skin test, the site concentrates totally on cattle.
It asks why test? Why cull? With milk pasteurisation, cooking of meat - why bother?
The authors also seem to think that vaccination can be their Holy Grail. The cynical amongst us would consider that to be the observation of a 'scientist' with his hand out. Vaccinating anything against tuberculosis, by the very nature of the beast is fraught and difficult. As is any wishful thinking on 'treatment' of this particular bacterium, which has a waxy hard shell, and is notoriously difficult for any drug to reach.

Defra are not killing cattle for the benefit of the farming industry. Neither is protection of infected wildlife anything other than a response to lobby cash. Government have a statutory duty to eradicate this disease from both cattle and wildlife under several international directives which protect human health. Killing cattle while leaving a wildlife reservoir to re-infect, is both ineffective and expensive. Herd breakdowns have mushroomed from their original hotspots three decades ago, to affect up to a third of herds in much of SW England, Wales and the west Midlands. This is reckless in the extreme.

‘Bovine’ tuberculosis is not a disease of cattle; it affects many mammals and human beings. But government inertia will ensure that this ancient and deadly zoonosis, which should have been consigned to history books, will in future affect a wide range of species – including human beings. We posted our opinion in this piece.

The skin test is the universally used primary diagnostic tool for detecting exposure to the bacteria which causes TB, in a herd of cattle. Our PQs told us that its sensitivity / specificity is approaching 100%, when used regularly. And using this test + slaughter of reactors to it, in the absence of a wildlife reservoir, many countries have cleared their cattle herds of TB. Completely.

Taking this a stage further, what has the progressive lack of action by successive administrations on our particular wildlife reservoir over the last three decades, (and none at all since 1997) achieved? Put another way, what are these tested, slaughtered sentinels telling us? And who's listening with ears tight shut?

In the last few years, the overspill of what Defra euphemistically call 'environmental TB' has gone way beyond cattle. And despite only counting culture samples, and only taking one of those, many group animals and domestic pets are dying in their hundreds.

These victims include mammals as diverse as free range pigs, the owners of whom now a TB leaflet all to themselves, and bison. A couple of years ago, we highlighted the spillover into domestic cats and a high profile case in rare breed goats. But the biggest problem has arrived at the door of the highly susceptible GB alpaca population, with a small group of owners now reporting several hundred deaths.

We note that the authors of this new site have neither linked to us (which is understandable) or to alpaca TB website (which is reprehensible) Perhaps a look there would burst a few bubbles.

Our sentinel, tested cattle herds and their slaughtered members are a warning sign which must not be ignored, and to dismiss them is totally missing the point..
Posted by Matthew at 7:47 PM