Looking through Natural England's prematurely released consultation document, ( post below )- apart from getting the message that this is something they would rather not touch with the proverbial bargepole, we were struck by a paragraph on licensing contained on page 3:

Natural England is authorised to do so by what is known as “a Part 8 Agreement ” made in accordance with section 78 of the Natural Environment and Rural Communities Act 2006;

This is not just licenses to move badgers causing damage, but concerns the issue of licences under Section 10(2)(a) of the Protection of Badgers Act (1992) which deals with preventing the spread of disease.

It is our understanding that MAFF, the predecessor or Defra (when Agriculture still had a part to play in this department) held a general license under this section of the Act, and used it with great care and after outside scrutiny, to control badger populations where bTB outbreaks in sentinel tested cattle, proved not to be of a bovine origin.

But in 2006, along with sacking the WLU trappers, this part of the Act appears to have been thrown into the long grass to the quango known as 'Natural England'.

This agreement came into effect on 1st October 2006.
It's duration is twenty years from that date.
A review is allowed for in five years. 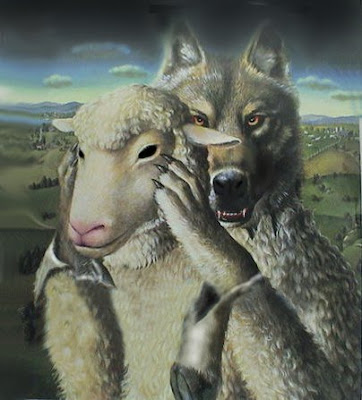 The clandestine transfer of responsibility is described in this document.

But, as of July 11th 2011, according to the Defra website, this agreement is currently under review. Note - none of Defra's links to their documents work.

Is it time to throw infectious disease control back to where it belongs, with AHVLA?

Or would that give Mrs Spelperson the 'get out jail free' card she's been angling for all along.

We've been sold a wolf in sheep's clothing.