From time to time the Badger Trust get over excited and publish press releases which are at best misleading and at worst downright lies very misleading.

We have mentioned this many times before, some of the more memorable being the incidence of TB on the Isle of Man and those incredible verbal gymnastics over badgers v. hedgehogs. Then there were those 14 million animal movements which extrapolated by Trevor Lawson to 1.3 million hops in each five weeks (shock, horror).... but turned out to be movement of data, not hooves. That particular press release chirped:

No retraction was issued when the correct figure of 2.2 million actual movements 'On' to farms was presented. John Bourne fell for that one too and repeated it often, but we digress....

Most recently, together with sett mates, Defra - a huge drop in cattle TB, was reported last year, due entirely of course to new and fierce cattle measures. Except it wasn't a drop at all unless one ignores the now devolved regions of Wales and Scotland. Which they may have done of course. All Defra's published stats relate to Great Britain, so for accuracy we will compare like with like.

So what are the Badger Trust saying this week? Their latest press release gets very excited about a possible marker for that failing BCG vaccine for cattle. That's the one with recorded  54 per cent efficacy on bos indicus cattle in Ethiopia and whose 'success' was measured if the animal was alive to be slaughtered at 3, instead of dead of tuberculosis at 2.  But the end of the blurb has the following statement, attributed to David Williams, chairman of the Trust:


".... without any badgers being killed, but with increasingly effective cattle measures, the bTB toll on farm businesses has been declining steadily over the last five years. There has been a 39 per cent fall in new herd incidents since 2008 - from 5,007 to 3,018. Over the same period the number of individual cattle slaughtered was reduced by 44 per cent – from 39,015 to 21,512. 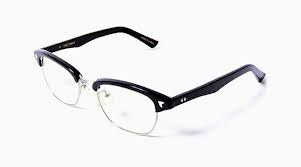 Amazing. The 2008 figure is just about correct but the rest and the conclusion? Utter hogwash. We could say bullshit - but that's an insult to bulls. Thus David William's press release is utterly wrong and for once, Defra agree.

Their statement ahead of these figures (and please remember that 2012 has only the 9 months of January - September published) explains:

But to September in 2012 we see a drop now to just 79,666 registered herds of which Defra calculate 9.5% were under TB2 (herd restrictions) during the period with almost 200 new herds under restrictions compared with 2011, and an extra 1493 cattle slaughtered.
There are still 3 months to make those figures comparable for a full year.
('TB2' means a restriction for a TB incident during the year and 'NHI' are New Herd Breakdowns. And although Defra's tables show the total number of registered herds for 2008 and 2009 as 'unavailable', they are not. We have them from their previous publications.)

So there is certainly not a 39 per cent drop in new breakdowns and Defra have not shot 44 per cent less sentinel tested cattle. In fact these statistics look to be heading upwards again, in spite of cattle measures and badgers being vaccinated. Anyway, we are ever helpful on this site: so if those new spectacles don't do the trick, we suggest new batteries for the Badger Trust calculator. You know it makes sense. 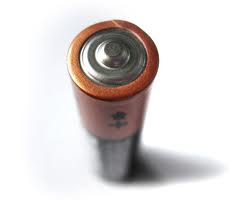 Defra's full miserable, appalling, disgraceful figures tracking their 'progress' in eradicating tuberculosis in Great Britain from 9.2 per cent of registered herds with TB problems in 2008 to 10.4 percent in the last complete year, can be viewed by clicking on this link. (If the Excel page doesn't load, it can found at 'Regional Statistics' in downloads.)
Posted by Matthew at 6:06 PM