That seems a strange title, but it is exactly ten years since the contributors to this site and our co-editor phrased up those 538 Parliamentary Questions which so rattled the fragrant Ben Bradshaw in 2003/4.
Posed by Owen Paterson, the then Shadow minister, for reference, most are on our 2004 archive.

If anyone had told us then, we'd still be plodding away ten years later, we would have thought them stark staring mad. But here we are and we aren't mad at all. Well not in one sense. Just being proved correct in that this zoonotic disease of mammals, (not cattle) which is entrenched and endemic in the iconic and cult worshipped badger, has up-spilled into many other species and thus onwards and upwards into vets and owners. Just as we predicted it would. 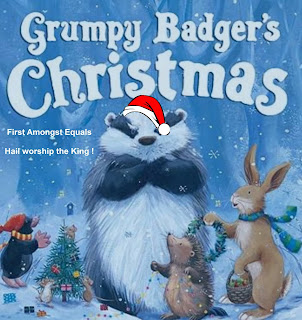 So we end this year with a few snippets after the pilot shooting parties finished last month.

Lord Krebs is in the news again, describing the culls as "even crazier than I predicted" - [link]
And he should know. His 1996 trial protocol spelt out just how infectious badgers should be managed, and he was right, as we explained in this 2007 posting. [-link] The whole weighty tome of Krebs' knowledge on how to 'manage' infectious badgers can be found on this link from TB Information's archive - [link[ but what he didn't say of course, was to launch forth on 8 nights annually, using cage traps, split infectious social groups to the four winds and then bugger off walk away - often for years.

For that we have to thank (or otherwise) the political science delivered by Professor John Bourne. -[link] And it is on that basis, plus a nifty piece of Natural England -[link] footwork, that the the pilot culls were based.

So what can cattle farmers expect in 2014? For that we have to read between the lines of Chris Rundle's last article in the Western Morning News, published 18th December (sorry, no online link)
The piece describes a terse and frosty 'behind closed doors' meeting with NFU office holders - but not local delegates - to 'discuss' listen quietly and obediently to the next steps in badger control.

A less than jovial NFU director-general Andy Robertson is said to have informed the meeting that :


" ....a county wide control strategy was a non-starter and he had the Secretary of State, Owen Paterson's assurance on the matter. []And it was not up to local farmers to set the culling agenda, so they should back off, button their lips and leave it to the experts."

Chris Rundle comments that  "farmers labouring under tighter and tighter cattle controls and receiving less and less compensation for reactors, have been told that their views and wishes are pretty well irrelevant".

We hear that the Badger Trust are seeking a new Chief Executive Officer, whose job description includes: "determining and implementing the Trust’s policy priorities and preparing a five year strategic plan."
At up to £35k per year, were there any takers? - [link] amongst our readers? Applications have now closed, but the advert stressed that the successful applicant must have "a passion for the Trust’s objectives and, preferably, an excellent grasp of the key issues currently facing the Trust."

Too many badgers? Of which, according to FERA, around 43 per cent in areas of endemic zTB already have the debilitating disease know as 'bovine' Tuberculosis? A zoonotic pathogen which they are readily spreading both amongst themselves and to many other mammals? That would be start, but is unlikely.

Sadly we note that far from adopting the Irish approach and doing a spot of re-labelling, both Defra and the farming industry seem determined to provoke a collective shudder down the spines of the general public. The 'G' word is back, as farmer's leaders call for 'Selective Underground Euthanasia' -[link] or 'SUE' as those who love acronyms, would label it.

Most accepted methods of controlling animals are banned by the Berne convention which 'protects' endangered species. But the Irish seem to manage quite well with banned snares leg restraints. So we suggest 'SUE' could be an apt substitute for 'gassing' which of course is also on Berne's hit list.
Of course, if infected setts were targeted by the reactor locations of cattle, sheep, pig or alpacas, then a whole different set of rules apply, as zoonotic Tuberculosis has to be treated with the respect this Grade 3 pathogen deserves under several existing laws to protect Public Health.
It's the 'targeting' of the disease itself which makes the difference - and much more sense.

Finally, in the posting below, a meeting - [link] between newly appointed minister George Eustice and an alpaca called 'Eddy', has bumped the recorded overspill of zoonotic Tuberculosis right up the Ministerial agenda. And substantially more accurate figures of the spread of this disease into other mammals and pets from badgers an animal which has somehow achieved the position of First Among Equals,  are now becoming public for the first time. The Alpaca TB Support Group -[link] website also mentions an internal BAS (British Alpaca Society) database, where (some) members report (some) deaths and the cause.
This snippet explains:


"In November this year The BAS (British Alpaca Society) released to the BAS National Welfare committee (though not sent directly to its membership or made available on its website) the numbers and causes of death reported to the society.


The tables included everything reported from old age, parasites (barbers pole etc) and of course bTB.


In 2012, 624 deaths were reported to the BAS for alpacas owned by its members. Of that total 533 were reported with cause of death due to bTB.


This is a staggering percentage of the national herd, especially considering that the vast majority of those bTB deaths were condensed into hotspot regions.  Not all alpaca owners are members of the BAS and this number is unlikely to include all alpacas lost to bTB.  Obviously the total does not include the number of llamas lost to bTB


The numbers demonstrate the impact of the disease and gives the lie to those who say it is not a serious threat to British alpacas and llamas."


So Defra were publishing a figure of 17 positive samples for alpacas and llamas during 2012, while the Alpaca breed society ( BAS) had collected data suggesting 533 deaths? Nice one chaps and chapesses. 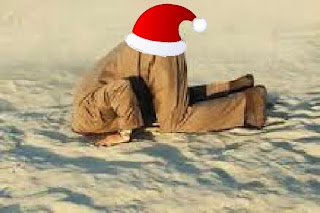 But as we said at the end of the previous posting, with this publication of Defra's new and more accurate overspill table for 'other species', zoonotic Tuberculosis is not a 'bovine' problem any longer.

Happy Christmas and a big 'thank you' to all of our contributers.
Posted by Matthew at 8:57 AM