Has the NFU had the wool pulled over its eyes?

The title of this post is a strap line for an excellent letter in this week's Farmers Guardian, written by Worcestershire vet, David Denny B.VET.MED.M.R.C.V.S    (Sorry, no link)

Replying to Alistair Driver's piece on farmer frustration - [link] over a TB eradication policy which appears to have stalled, Mr Denny says: "


The NFU themselves must take much of the responsibility for “the anger of farmers over lack of progress with TB strategy” (Alistair Driver 03 July 2015). Instead of being myopic and having tunnel vision they should have looked at the whole scene. Typically they are concerned over the delay in the consultation and not the consultation itself. It being yet another layer of bureaucracy and inconvenience to farmers will have minimal impact on the overall bTB status of the Country. It is fiddling with trivia while the bTB crisis is allowed to escalate."

Our own opinion is that EU rules to be implemented this year equal much cost and bring no benefit. Post movement testing does not allow for isolation units of differing status on the same farm.
Explain that one to a buyer - and his neighbours within 3km.

Mr. Denny continues with a parallel of the rules of engagement for any war:


One of the principles of war in my day was “the selection and maintenance of aim”. Since only healthy badgers result in healthy cattle, the aim must be healthy badgers.

And criticising the politically corrupt RBCT - [link] he continues:


The NFU have been both naïve and gullible. They have been mushroomed and had the ‘wool pulled over their eyes’, by flawed and biased pseudo-science, by corruption, by brainwashed civil servants and deliberate political interference.


They have accepted all the evidence ‘carte blanche’ without reading the small print. It was always obvious that Natural England’s proposals for a badger cull were flawed and could only have been designed to deliberately fail or by those ignorant of badgers.


Frustrated and desperate farmers were morally and financially blackmailed into participating into virtually signing a blank cheque. It was a public relations disaster. Instead of having a targeted cull of the infected badgers, the NFU, like the British Veterinary Association (BVA), only having a second rate policy on offer, rubber stamped it. Now that the BVA have withdrawn their support a further roll out will be even more difficult to defend."

And Mr. Denny's opinions for the future of the livestock industry of this country?


"The 25 year eradication programme is ‘living in cloud cuckoo land’. As a result of negligence, corruption and political cowardice the level of bTB in the environment is now so great, that it will never ever be eradicated. It must however be controlled, by a targeted cull of the infected badgers."

And describing our own experience over the last decades, Mr Denny concludes:


The whole debacle has been fuelled and influenced by the animal rights lobby with their own cynical agenda. They are not concerned with the welfare of the terminally ill badger slowly dying from starvation and parasites with multiple abscesses in multiple organs. What is their agenda? Frustrated and desperate farmers require and deserve leadership and not a supine, submissive organisation. "

That is a pretty hard hitting letter, but events over the last decades reinforce Mr. Denny's views.

The 1972 Protection of Badgers Act took population control of this animal away from farmers and landowners and gave it to the Ministry. Anyone requiring a badger culled or moved for either disease or damage had first to jump through MAFF's hoops. The State Veterinary Service held a general license to comply with culling 'to prevent the spread of disease'. It issued these only after presenting a case to the Badger Panel, who met quarterly.
Speedy wasn't in the vocabulary and any licensed Badger Removal could be months, several 60 day tests and many more dead cattle after the original breakdown.
Did this serve the farmers or the badgers? Doubtful. Bureaucracy never does.
Who agreed it?.

In 1992 the Act was further tightened, and by now land available for Badger Removals had been ratcheted down from 7 km to just 1km and then only on land cattle had grazed. The badger population at this time was expanding - [link] at a rate of knots and was reported to have increased by 77 per cent.
Did this serve either farmers or badgers?
Who agreed it?

In 1997, in receipt of a £1m bung from the Political Animal Lobby, a moratorium was put on the section of the Act which dealt with licensed culls 'to prevent the spread of disease'. This is still in place.
Did that serve either farmers or badgers?
Who agreed it.

In 2005 a consultation took place to introduce pre movement testing and Tabular valuation. The wording offered to Defra by the consultees was quite explicit - [link] They would reluctantly accept this, on the condition that a cull of infectious badgers was introduced at the same time.
It was not.

In 2006 the licensing of badger removals and their house moves was passed to Natural England, under a 20 year lease. - [link] Did that move away from Animal Health to a quango intent on protection at any cost, serve badgers or this country's livestock farmers? Did anyone voice concerns on behalf of either group? Or ask for a rethink on the first available 5 year break in 2011? [ The next opportunity will be in 2016.]
They did not.

And during this last decade, after a raft of cattle measures designed to placate the ignorant and the badgerists, while doing absolutely nothing for the health and welfare of either cattle or badgers, this month Defra have surpassed themselves with the introduction of that Map - [link]

After a TB breakdown, a risk assessment form is filled out and shed load of paperwork arrives with instructions that Defra have 'purchased' the reactor animal (debatable - stolen would often be a better word, but let that pass) and that the breakdown information may be shared with your 'veterinary practitioner'. Nowhere does it say that my farm, and my location will be posted on the World Wide Web for all to see and possibly target.

Yes readers, dear old Camel Ebola, aka Gamal Eboe, described by the Daily Wail as a "convicted fraudster, the son of a wealthy Lebanese property developer who was born in the distinctly urban environs of Hammersmith in West London" and now calls himself 'Jay Tiernan' - [link] and who in later life has developed a love of all things badgery, may be poring over your farm details as we speak. And Defra have offered him a road map in high resolution of your farm.

Excellent. Thanks a bunch Defra ..... and your tame henchmen.

Leaving aside the inaccuracies and omissions in the map itself,  the 2014 Tuberculosis Order had to be changed to incorporate this little gem (Point 4): .


10 —(1) Where a skin test has been applied to a bovine animal, as soon as practicable after the results of the test have been read by an inspector or approved veterinary surgeon, the Secretary of State must give the keeper of that animal a written record of the results.


(2) Paragraph (1) does not apply to animals in respect of which movement is, or remains, prohibited under this Order following the test.


{3) The keeper of any animal to which paragraph (1) applies must— (a) retain the record of the results of the test for a period of three years and 60 days following the date bovine and avian tuberculin is injected; and (b) produce such record when requested to do so by an inspector.

"Helping other persons to protect against the further spread of Tuberculosis" How so, when up to 80 per cent of TB breakdowns in endemic areas are caused by infectious wildlife?
When cattle in the increasing Red zone of a Defra map are nailed to floor with testing?
When Defra know that the problem is not in cattle?
And when this damn map doesn't even include 1500 farms shown on other Defra stats whose breakdowns precede the 5 year window?

Is this futile exercise to be like points on your driving license? A penalty for trying to farm cattle next to infectious wildlife which, having taken away farmer's rights to control, Defra now refuse to do?
Will records disappear after 5 years on the WWW?

Who exactly dared to breach my Data Protection and agree that little lot on my behalf?

Back to Mr. Denny's letter and the influence of our National Farming Union, credit for the map is described thus:


"Defra said the Bovine TB Eradication Advisory Group for England (TBEAG), the NFU and others ‘all provided positive input into the development of ibTB".

No consultation then? Keep it in the family?

NFU Deputy President Minette Batters said the new website would ‘help farmers find out about any ongoing bTB breakdowns near their farms which will help them make informed business decisions’.

No it won't. It is inaccurate and doesn't include TB breakdowns in alpacas, sheep, pigs, goats, bison or any other grazing animal. It ignores up to 1500 farms whose TB restrictions occurred prior to SAM data being lobbed to Oxford University to play with.
All that was necessary was the provision on a TB99 to inform immediate neighbours of a TB breakdown.

This high resolution map is dangerous and divisive and serves no useful purpose at all, except to advertise to the world what a weak and supine administration we have in this country when it comes to dealing with badgers infected with tuberculosis. Minette Batters added:


"However, there are genuine concerns over the fact that this information will be readily available to anyone, particularly given the problems farmers in Gloucestershire and Somerset have faced, and we will continue to work with Defra on this project.”

Concerns? Concerns?? Publishing this personal and in some cases 'delicate' data on the World Wide Web? Available for anyone - [link] to read, identify and worse?
Didn't anyone put their half brain into gear and realise how this thing could be used?

The best thing the NFU could do now would be to invoke Data Protection, consider the Human Rights of its livestock members caught between Brock and a hard place, and lobby Defra to take the damn thing down.

But on past experience, Defra has spoken and we are not holding our collective breath. 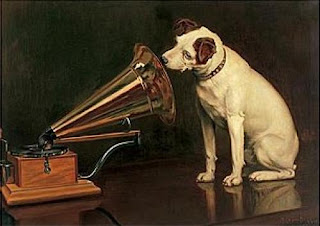