We wish her well. 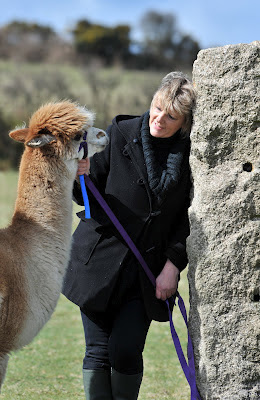 This posting is taken from the Alpaca TB website and it is one which we would rather not have written. Founder member of the team which run the website, Dianne Summers, has had confirmation that she has bTB (m.bovis )herself and has begun treatment.

Human treatment for TB takes up to nine months and consists of a cocktail of drugs with some very unpleasant side effects - it is not a quick or simple fix. We have spoken about the reckless disregard for the environmental contamination to which our animals and our population is being increasingly exposed many times.

But Dianne's case underlines the reason why bTB must be taken seriously. Regular testing of sentinel cattle while studiously ignoring their message is a dangerous exercise. The spillover into alpacas is only one example of a series of companion mammals and pets to succomb to bTB in recent years. As the AlpacaTB website says: -


"it is not just your livestock that are at risk. If it is in your herd you, your family and friends can contract TB. TB is a Zoonotic disease - to be clear that means it can be passed on to people".

Dianne has only just begun her treatment. Much more will be coming from this story, but in the meantime, we wish her a full and speedy recovery.
Posted by Matthew at 7:26 PM