The National Trust and its badgers.

*Please note : This post has been updated. New information has come in and sadly, blogger's calculator needed a new battery. Apologies for the previous error.

The AGM of the National Trust took place in Cardiff last week, and a motion to vaccinate badgers on NT land was defeated. Although this was possibly more on the grounds of cost than any pretence at the assumed efficacy of the procedure. To put you in the picture, we have received the following message from a farmer living near the NT's flagship project, already taking place at the Killerton Estate in the Exe valley of Devon.


"The Killerton Estate is roughly 6,500 acres, has large areas of deciduous woodland and park land. None of the farms are huge and all of them have relatively small fields with what would probably add up to thousands of miles of hedges and Devon Banks. So ideal habitat for Mr. Badger."

We understand that the area known as the 'Exe valley' is a catchment of rivers feeding into the river Exe; it is around 250 sq km and we are told, is one of the biggest TB hotpots in Devon. So with that level of infectivity in its stripey residents, and many cattle farms under restriction, possibly not the best place to launch a vaccination project?
But all in all, a pretty extensive area supporting how many badgers?

Remember, contrary to culling badgers, no contentious head count is needed by those about to vaccinate them. Grab a cage and a needle, a mask if you must ... and off you go.

So from us, a spot of fag packet maths for a badger head count on the 6,500 acres (or 26 sq km) at Killerton. The average number of badgers volunteering to be trapped in one square kilometre is said to be between 9.6 (by the RBCT in 1997) and 15/16 (FERA in their 2008/9 badger vaccination project.) So without going out  as FERA did for the pilot culls and counting heads, (and getting it wrong. Twice.) we will take 250 badgers as the lower figure and 430 as the higher, as inhabiting the NT's Killerton Estate.

And out of that lot, how many badgers did the National Trust's vaccination team manage to cage trap and jab in their night time forays?

In 2011, oral bait was deployed  skittered around, and a lot of traps set 'open' with an emphasis on finding the most suitable bait. As FERA were doing this work, one would have thought that after 50 years of trapping  Woodchesters' badgers they would have known their favourite treats - but we digress....
We are told that in 2012, the first year of vaccinating playing around in the woods, just 104 individuals had been jabbed of which about 40 were adults. In 2013, a better result and 202 were trapped. It is unknown what proportion that was of the local residents, and of those,  how many were already infected before being jabbed with a vaccine whose modeled 'efficacy' is now rolled back to 54 per cent.
The vaccination trials at Killerton started in 2011, so they have been "playing around in the woods" for over 3 years now. In that time (and a spend of £240,000)  they have managed to trap and vaccinate a total of 306 Badgers. But in the trap area, there could be up to 430 individuals.
FERA don't know. They didn't have to count them.

But as we have pointed out, not all the badgers will have been trapped and of those which were,  many will already be infected. And that could be as few as 25 percent, or more likely, as in  FERA's vaccination project to test its 'Elf 'n Safety' in 2010, that figure could be 43 per cent. Which lead author Mark Chambers kindly explained at the time, was a level of infection "typically found in badgers in endemic areas" - which the Exe valley most certainly is.

So jabbing Killerton's 306 badgers has cost £784.31 per badger jabbed, so far. And an average population head count means that between 198 and 296 were not trapped. And there is of course, no indication that the badgers trapped and vaccinated in 2013, were the same badgers who volunteered in 2012. Taking this further, the modeled efficacy of the 'vaccine' plus the 'vaccinating'  of animals already infected with z tuberculosis means that of those 306, just 94 animals may have benefited from the experience.
Up to half the estimated population of badgers at Killerton have yet to be caught at all.


And that very rough calculation works out at a staggering  £2553.19  for each jab on a badger which has not yet contracted z tuberculosis.

Sheesh, the landlords could have mended a good few tenant's roofs for that money. And on tabular valuation £2553 would buy Defra a couple of cows, or 3.4 alpacas. No compensation, tabular or otherwise, is payable by AHVLA / Defra for sheep, pigs, deer or goat victims of z Tuberculosis.

As we explained, the Killerton Estate website cites a figure of around £320K for this vaccination 'work' over its four year time span. But as more badgers were trapped in 2013 than 2012, they will only be on year one of the four year jab programme will they not? Some may not be the same badgers volunteering a second time round at all. But following Saturday's AGM resolutions, we are unsure as to whether the project will continue into 2014, or even beyond that, as planned.  It is due to report its results (levels of cattle TB?) in 2015.

This is a video - (link) made at the start of the project.


But back to the National Trust's AGM. We are grateful to Dr. Lewis Thomas who attended and also noted that there was a huge amount of emotional disinformation being voiced from those lobbying for vaccination.

Dr. Thomas's presentation is below:


Chairman, there is one compelling biological and epidemiological reason to reject the resolution before the meeting today namely that: A proven vaccine against bovine TB either for badgers or cattle currently does not exist. The Badger BCG vaccine, which was granted only a Limited Marketing Authorisation in March 2010, has no proven efficacy against bovine TB in the field. And even in challenge experiments with naive, uninfected badgers in the laboratory it fails to protect solidly against infection that is vaccinated animals become infected and shed the causal organism. The LMA was granted essentially on the basis of safety data that showed the vaccine did not harm the target species although that is open to question since post mortem examinations were not carried out on the test animals. Limited efficacy data were published in a paper published in the Royal Society’s on line journal and trumpeted on BBC News on line in December 2010 claiming the vaccine afforded 74% protection to vaccinated animals in the field. This was an outrageous and totally unjustified claim, the findings merely demonstrated a 74% difference in serological response between vaccinated and control animals. This is not evidence of protection as was claimed by FERA in the BBC report.


Furthermore to expect such a vaccine to protect against the huge burden of infection currently present in large parts of the badger population can only be described as highly speculative, driven it would appear largely by public perception of vaccination rather than scientific reality." 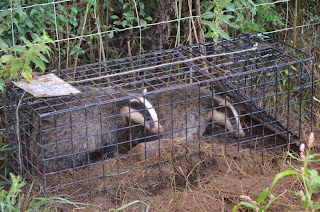 Dr. Thomas then voiced out own views that ad hoc and indiscriminate vaccination of wild badgers, many of which will already be infected with z. tuberculosis, is being portrayed as a valid alternative to culling infected pockets of these animals. He concludes:

"We are seriously concerned that the Government and other organisations such as the NT are presenting vaccination using the BCG vaccine in badgers as a realistic option in its own right as an alternative to culling.


Vaccination is not a magic, fits-all-diseases bullet. Vaccines may provide solid immunity against some diseases for example rabies and canine distemper but it does not follow that they will be effective against TB.


BCG is not a reliable or efficacious vaccine in man and other mammals (only 70% efficacy in man) It has been in existence for nearly a century and attempts to improve it over the years, particularly recently, have not met with success.


Promotion of the Badger BCG vaccine by DEFRA and its agencies can only be described as scientific deception on a grand scale. We therefore urge the meeting to reject the proposal to widen the deployment of the Badger BCG vaccine across all National Trust properties for the sound biological reasons outlined above and not to squander valuable resources on highly speculative projects."

After the meeting, Dr. Thomas commented that the NT resolution  was defeated possibly " not for entirely the right reasons"  but he thought it significant  that the proposer conceded in her summing up that  "vaccination was an “act of faith”" .

* Biographical note: Dr Lewis Thomas joined the Institute for Research on Animal Diseases, Compton in 1968 after a short period in general veterinary practice. At Compton he worked on the pathology and immunology of large animal diseases, principally respiratory disease and mastitis of cattle. He retired in March 2000 from what by then had become the Biology and Biotechnology Research Council’s Institute for Animal Health.

More on the National Trusts' AGM is in this Farmers Guardian - link report.
Posted by Matthew at 7:06 AM