If our Department of Food and Rural Affairs (Defra) are correct in their assertions that their latest toy, an interactive Map - [link] showing recent TB breakdown locations, was to 'prevent the spread of bovine tuberculosis', how could they have presented it to those who are said to be the beneficiaries?

There is restricted internet access known as Government Gateway - [link] which farmers and / or their agents, once verified, may enter with a Identification Number and a password. Those digits are unique to the registered user and this method of data exchange is compulsory now for many aspects of contact with Defra or its other agencies. It is secure. Vets have similar access to Animal Health sites.

So, musing on a Sunday afternoon - as one does - we wondered why this option was not considered for access to their new toy? Given that links which we have highlighted in a previous posting here - [link] and here - [link] give an insight into how the information is being used, by whom, and will, according to this man - [link] continue to be used, why was Government Gateway 'restricted access' not considered or given?


And if it was, but rejected, one can only assume that our posting below - [link] is correct and the consequences of Defra's actions, were entirely as expected.


The compilers of this data have specifically targeted farmers with the most recent TB breakdowns. The map shows no outbreak older than 5 years and has no record of TB outbreaks in llamas, alpacas, sheep, pigs, deer or goats. Thus blowing a rather large hole in Defra's weasel words explanations for its existence.

Farmers who are listed are thus sitting ducks. Cyber targets for bullying, intimidation, harassment or worse, courtesy of the Department charged with the eradication of zoonoticTuberculosis.. 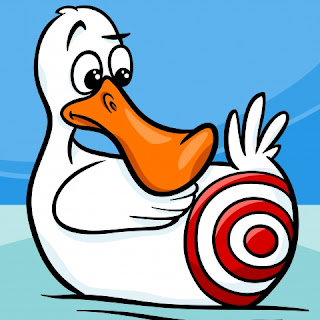 So does this map provide the 'biosecurity' which Defra say cattle keepers and vets want? We think not.

As we have pointed out, around a quarter of farms experiencing TB restrictions are not shown as the start of their outbreaks precede the 5 year window of this map. And no outbreaks in 'other species' are listed.

From past experience of Defra' s most extraordinary method of addition for overspill species outbreaks of TB, many in alpacas at least, will be 'tethered' to the original source and thus grossly understated.
For instance we are aware of one outbreak where over 100 alpacas were slaughtered. Animals sold, when traced had spread the disease to 8 or 9 other farms. But Defra's method of record keeping ensured just a single sample was listed which confirmed disease but also a single 'outbreak'. The other 8 or 9 were 'tethered' to the original farm. And a couple of hundred dead alpacas just 'disappeared.'

But back to our question. If restricted access by farmers and vets to this map was  considered - and rejected, who stands to gain from it? While many farmers are blissfully unaware of either its existence or the risk it poses to them and vets who have seen it are horrified, the Badgerist sites are crowing.


Comments such as 'Shining a light' on outbreaks are offered, as is the map being  'a Natural bactericide'.

We can read the runes, as can Defra. Using Badgerists to 'Stop the Cull'? Surely not.
Thus the question posed in our previous post, of consequences which were entirely intended by the Department of Food and Rural Affairs when publishing this thing, is repeated.

And once again, in our view, the inevitable outcome of its publication with unrestricted access, confirmed.