As 2014 draws to a close, cattle farmers are in limbo-land as far any meaningful control of diseased badgers is concerned. The two pilot culls in Somerset and Gloucestershire have just lurched through their second high profile year, and having adjusted their target numbers, Somerset was deemed to be a 'success'. But Gloucestershire, who did not challenge Natural England's guesstimates of badger numbers, was deemed not to have been a success.

However, the proof of the pudding is in the number of cattle herds, previously under TB restriction, which are now trading clear. And it is reported - [link] that after a single year's culling, in Somerset, the figure of 34 per cent of herds under TB2 has fallen to just 11 per cent. A significant and substantial improvement of around 68 per cent.
And while the great and the good argue about how many beans make five, or in this case how many badgers live in the cull area of Gloucestershire, 'success' for many herds has come in the form of clear TB tests after years of restriction.

As we scribble this on New Years' Eve, more cull areas are apparently being formed to hit Natural England's collective desks for licensing, in mid January. But being a cynical lot, we see nothing at all happening in 2015 which gives us any cause for cheer. Politics will get in the way. A General Election in May, with results too close to call, will we suspect, see the current caretaker Secretary of State, Ms.Truss replaced.

And should the other party win an overall majority, the delightful Maria Eagle is already on record as saying she will 'stop the badger culls'.
She is intent on playing to gallery and in doing so, 'honouring the lie - [link] that vaccinating an infected group of badgers can somehow improve the situation. - [link]

The cost of the two pilot culls ran way beyond licensed farmer contributions and was underwritten by the NFU. But will they underwrite any more areas? Or are any newly licensed areas going to share that support pot? It has been hinted that some of the more onerous protocols, dreamed up by fully paid up member of Owen Paterson's Green Blob, Natural England - [link] may be relaxed. But should that be so, then we predict an immediate challenge by Queen May's Team Badger.

And even if Defra - if such an organisation exists any more - are successful in defending the right to control infected badgers, the opportunity for doing so in 2015 is likely to have been lost. Along with participating farmers' up-front cash, paid in advance with no security of tenure as to its eventual use.

Meanwhile the group previously headed by Michael Seals, which was charged with 'reducing costs' within the TB budget, has been hard at work.

We've already seen heavily pregnant dairy cattle shipped from Dorset to Wales - [link] passing within 9 miles of a Somerset abattoir which takes reactors, for the sake of 2p/kg. This is neither animal nor human welfare but we can expect to see more of this desk-jockey type of juggling pennies, regardless of its animal or human consequences.

We also understand that on the table is another bright idea. That of an 'on the hook' price for any reactor, rather than even the current miserly tabular valuation. And not content with that, further deductions could be made by a shady, under the radar group, passing judgement on the affected farm's efforts at 'biosecurity'.

It would be churlish to point out that deer would have difficulty squeezing under a 3" gap, and that rats would have no trouble at all. But badgers? Even now, it's still a name they dare not even speak.

So to all our readers, whose businesses are still suffering the ravishes of an over protected animal, worth more votes to the average politician than any number of dead cattle, sheep, goats, pigs, alpacas or even pet cats, we wish you a Happy New Year.

To those personally suffering from the disease itself, we wish a speedy and satisfactory outcome to the long, hard drug regime you have had to endure, some of you with no success other than a brief respite.

To contributers across England, Wales and beyond, grateful thanks for sharing your stories and experiences.

And to the vets and professional epidemiologists who help and support the site - thankyou.

There are no words which we could submit to print,  to describe the members of the Green blob who have, through political chicanery and self serving obfuscation, supported and encouraged the spread of mycobacterium bovis, and continue to do so. 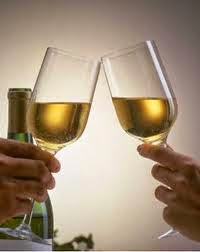